Required cookies are essential to let you move around the website and use its features, such as accessing secure areas, shopping baskets and online billing. These cookies allow our website to provide services at your request.

Functionality cookies are used to remember the choices you make, e.g. your user name, log in details and language preferences. They also remember any customisations you make to the website to give you enhanced, more personal features.

Targeting cookies collect information about your browsing habits to deliver adverts which are more relevant to you and your interests. They also measure the effectiveness of advertising campaigns.

This site uses cookies and related technologies for site operation, analytics and third party advertising purposes as described in our Privacy and Data Processing Policy. You may choose to consent to our use of these technologies, or further manage your preferences. To opt-out of sharing with third parties information related to these technologies, select "Manage Settings" or submit a Do Not Sell My Personal Information request.

Gareth held a questions-and-answers session with Luton Nations Community FC, an organisation that promotes diversity, social responsibility and community solidarity among children. Also in attendance were representatives of Woburn & Wavendon FC, a youth club that fields teams of girls, boys, adult females and males, and is affiliated with the Bedfordshire Football Association.

Vauxhall is, of course, the England team sponsor, and Thurlow Nunn was proud to host the event, at which the Hertfordshire-born ex-player held court on a number of footballing topics.

Gareth, who began his career at Crystal Palace, made four seasons’ worth of appearances for Aston Villa, before ending his playing career with a five-year stint at Middlesbrough. During this time Gareth earned 57 caps for his country, appearing in two World Cup tournaments and one European Championship.

Gareth’s managerial career began with Middlesbrough in 2006. He then oversaw the England under-21 team, before taking the reins of the senior side in 2016.

At the time of his visit to Milton Keynes, England were riding high in their World Cup 2018 qualification group. In their most recent competitive fixture, they managed to salvage a 2-2 draw with their oldest rivals, Scotland, at Hampden Park, Glasgow.

Gareth arrived at the Thurlow Nunn showroom in an England bus, before answering questions. He also signed a Woburn & Wavendon FC shirt – raising a lot of money for charity in the process.

Gareth commented, “Thank you to the team at Thurlow Nunn for inviting me; I had a brilliant time and it was really great to meet the future talent of football.”

You will find videos of the questions-and-answers session with Gareth Southgate below. 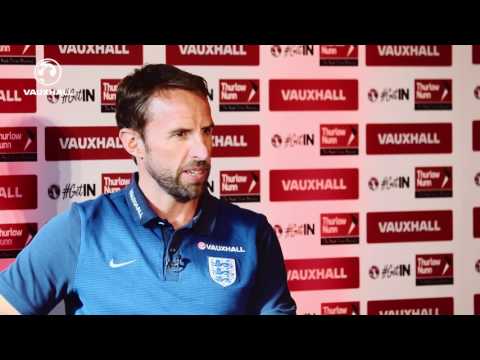 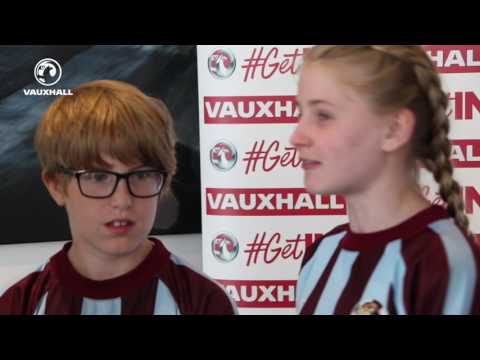 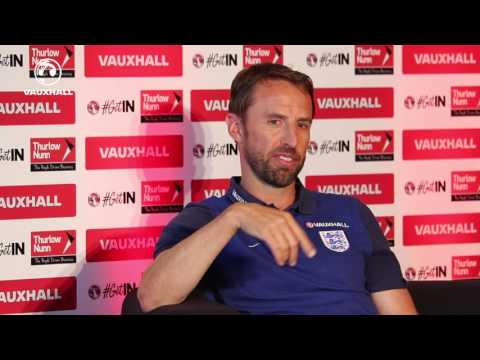 Whatever your question or feedback we are here to help. So please feel free to contact us

Email Us
Find Us
JOIN US ON SOCIAL

Immerse yourself even deeper. Visit our social channels